It’s friday and this is the first post about my progress in the game. I will try to write a blog post each friday later on.

This week I add some actual game play stuff to the game. Before it was more or less just a map editor, but now the cannons can shoot, monsters can spawn (when pressing key N 🙂) and the monsters using A* path finding to find its way. (Wikipedia about A* path finding)

A* path finding is really fun to just play around with. Did a small example of a A* implementation here at github due to I thought the official examples was to big if you just want to learn basic path finding fast.

Also I changed the graphics, but right now just the basic tiles are used. Will add mountains, obstacles in water, hills and such later on.

Here are two a small video when I playing around with path finding and cannons. One is before graphic change and one after.

Tools that I use is: Java, libgdx, Intellij, git, and Linux Mint.

I’m struggeling with a name for my company.
Therefore I made a name generator. Beware it’s quite random but uses the vowels and consonant in a correct way. Sort of 🙂

Compiled a html version of my first playable game Skejter which was made during a ludum dare session.  It is my first “real” game so don’t judge too much 🙂

Added a highscore field, but otherwise it’s the same game. 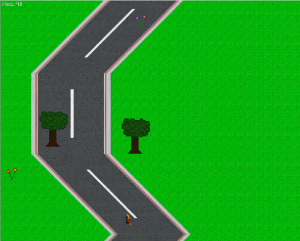 Do you hear me?

As you can see, Java is the language of use in my projects.