This week I got a new rejection of my suggested company names :/ Apparently AnglerFish Studios AB can be mistaken for Marulk. (Which is the Swedish name for AnglerFish) so I had to come up with new suggestions.

On the developing side I implemented so that the monster now attacks buildings in the game. Each monster has an observer area, so if a building is inside that area it will attack!
Also I’ve been fixing the Monster AI priorities to be better. They now have priorities when deciding which building to attack.
See below how the logic works. 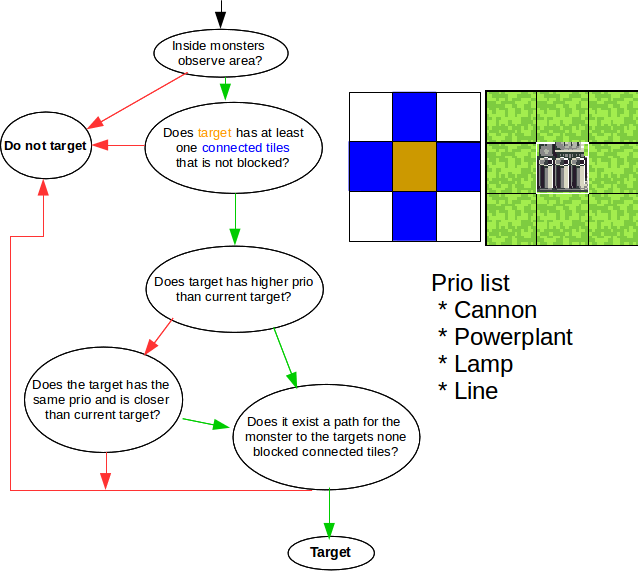